CIRCULAR ECONOMY: towards an efficient and sustainable economy 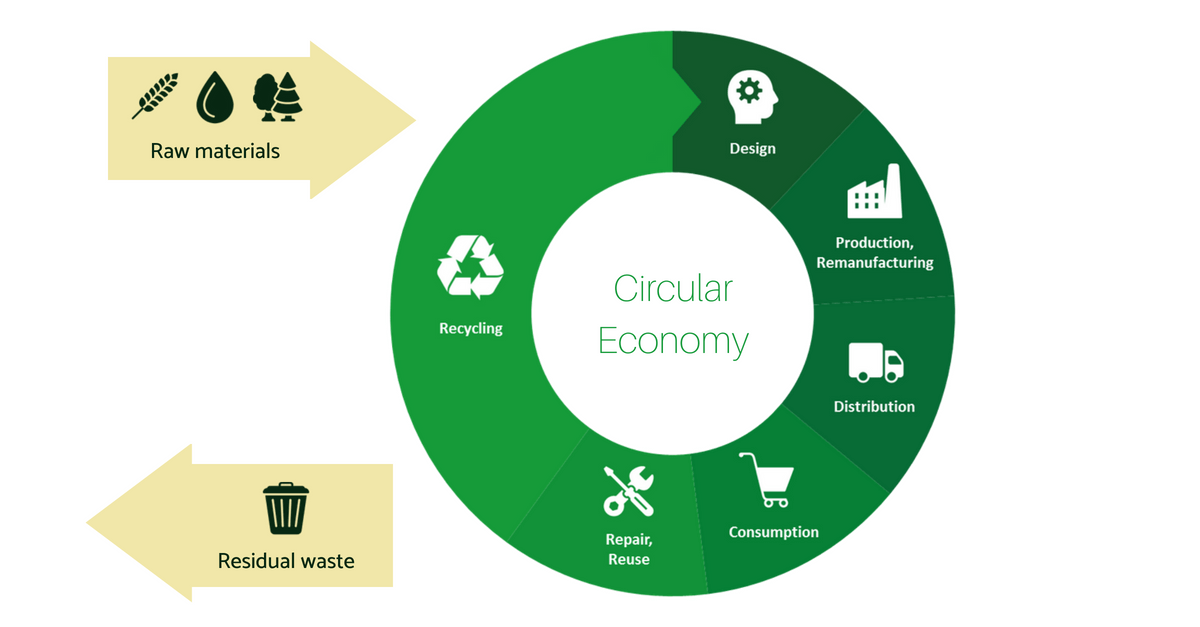 30 Jul CIRCULAR ECONOMY: towards an efficient and sustainable economy

The linear economic model which we are used to, that consists of “manufacture, use and throw away” is reaching its physical capacity. It is a consequence of a period in which it was believed that resources, energy and credit were unlimited and easy to get. At that time there was no conscious regarding the possible side effects that were being done to the planet, as the life cycle of the nature was not being considered. The time has come to search for new ways that are more aligned with the way we should live. As a result, the circular economy is born, trying to reinforce the concept of “reduce, reuse and recycle” in our society.

The circular economy intends that products, components and resources in general maintain their usability and value at all time, which is basically eliminating the word “waste”. All the biodegradable material should be brought back to the nature, and for the non-biodegradable ones, a new use must be found, in order to reintroduce it to the system.

What is the circular economy based on?

The development of the circular economy in our systems should contribute to the reduction of the use of the natural resources and the production of waste, as well as to limit the energy consumption. In comparison to the linear model, the circular one is supposed to contribute to a great improvement not only for the companies the work that way, but also for the final consumers.  The companies that are already working with the reutilization of resources are way more rentable than the ones that create the goods from the beginning, as by reducing the production costs they are able to reduce the selling prices, creating a competitive advantage for the final consumers.

The importance of changing our behaves towards a circular economy should not be only regarding the economic benefits that we may achieve in the process, but also because of the the necessity to reduce the environmental impact and to increase the social impact with our actions.

Do you believe that we are ready to adopt initiatives that transform Europe (and the planet) into an efficient and sustainable economy?